The first book in the Sam Rivers Series arriving in stores June 2021!

In this outdoors thriller, the investigation of a bizarre wolf attack leads to evidence of murder, conspiracy, and shocking family secrets. 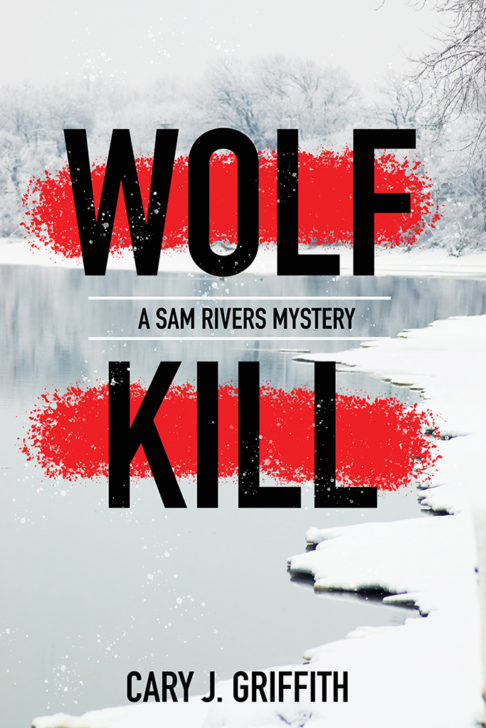 “Griffith’s prose makes you feel the winter chill… and the twisty plot delivers a chill down your spine. This is a Minnesota mystery with razor-sharp teeth.”

“Wolf Kill is a terrific read! The writing is so good that you can feel the frigid winds blowing through this dark and masterfully crafted novel even as the suspense heats up. And the wolves are as magnificent and frightening as you could hope.”

A decades-old promise haunts Sam Rivers, but the wildlife biologist refuses to return home—not with his abusive and estranged father still there. Rivers left the family farm some 20 years ago. He found solace in nature and built a respected career as a special agent for the U.S. Fish & Wildlife Service. His experiences have given him a penchant for understanding predators—a skill he’ll need, now, more than ever.

After his father’s mysterious death, Rivers is lured back to his hometown of Defiance, in northern Minnesota, to fulfill his mother’s dying wish. But all is not as it seems. Rivers breaks into his childhood home during a howling winter storm and discovers something sinister. His suspicions are heightened after a bizarre wolf attack on local livestock. The events lead the special agent to a series of clues that could change everything he knows—or thinks he knows—about the town, his family, and himself.

With the help of alluring reporter Diane Talbott, Rivers must unravel the wolf kill and learn what really happened to his father—a man Rivers has hated for most of his life. It is a case unlike any he’s worked before. His knowledge of frigid winters, wolves, and wilderness will be put to the test, as he tries to solve the case—and stay alive.

In Wolf Kill, natural history writer Cary J. Griffith introduces readers to Sam Rivers, the predator’s predator, and weaves a masterful tale of danger and suspense in the far north.

Have questions? If there's anything else you need, we’d love to hear from you!